Stevia.  A zero-calorie sweetener that comes from a plant.  That’s what I knew when I attended the scientific session at the Experimental Biology Conference in Chicago.  I knew, in general terms, what stevia was – and how it’s used in many foods and beverages to sweeten them without calories. And that is necessary in our world where 30 percent of the population are overweight or obese and diabetes is increasing by staggering numbers.

As a way to educate and inform all of you (thank you for following my blog!), I was invited by the Global Stevia Institute to attend their symposium.

Did you know? Cultivating the stevia plant – known scientifically as Stevia rebaudiana Bertoni, takes less water, land and energy than other naturally sourced sweet ingredients, therefore it’s considered a ‘sustainable’ sweetener.  It’s typically grown on small plots of land alongside other crops – and it requires very little pesticides as it does not have any natural pests. You can grow stevia in your own backyard garden.  As a matter of fact, I have a stevia plant growing on my windowsill now.  People have been using stevia extract to sweeten foods for centuries.  Since stevia is 200 – 350 times sweeter than sugar, a little goes a long way! 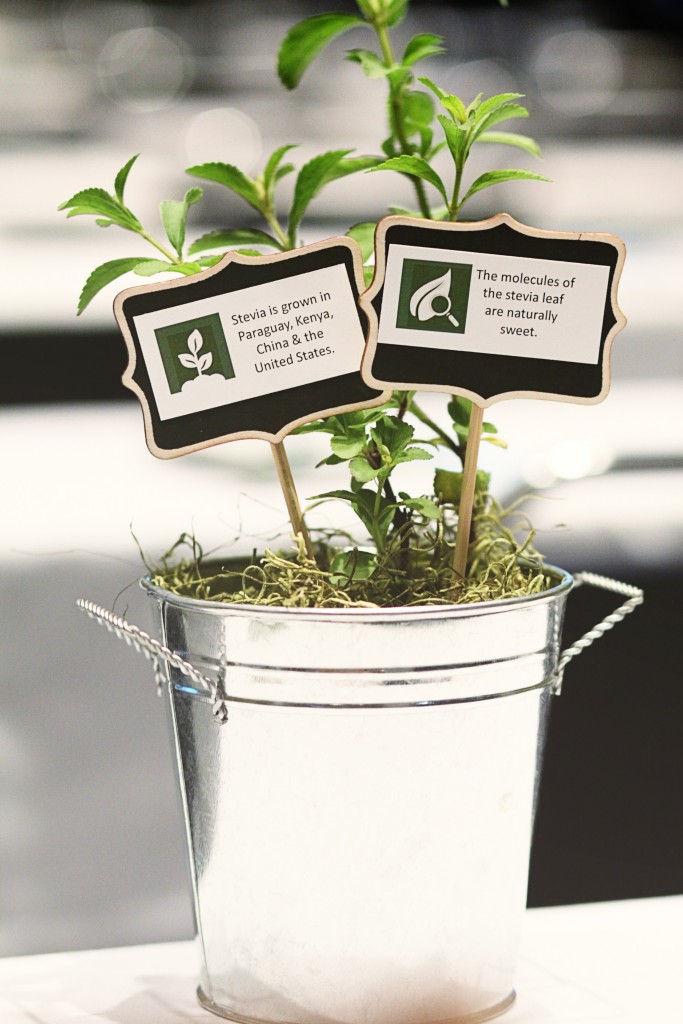 Stevia comes in powdered form as it’s extracted from the leaves of the plant – after they are dried and steeped – sounds like tea, right?  The sweet compounds known as steviol glycosides are filtered and separated from the plant, purified with water and dried into the final stevia extract that is commercially used.   Stevia is used in over 10,000 low-calorie, low-sugar foods and beverages safely around the world.  Safely is the operative term as it’s been tested over and over again, and regulatory agencies have found it to be safe for our food supply. 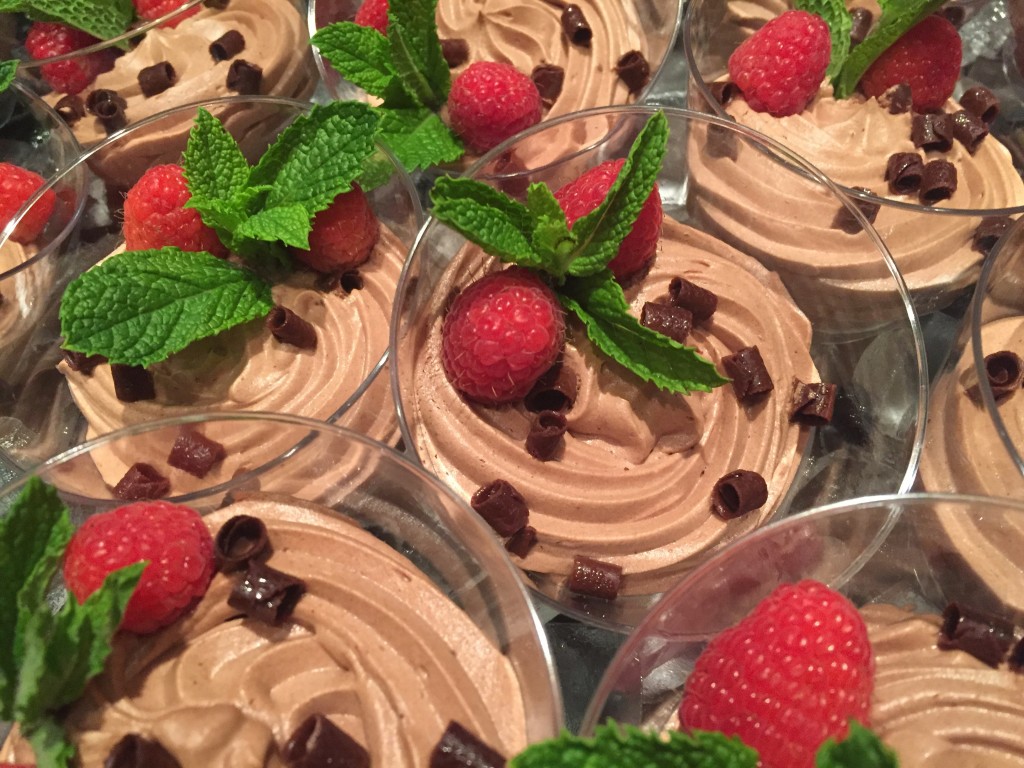 Fresh mint and raspberry for garnish

3) In a separate bowl whip egg whites to soft peaks (they should look like whipped cream).

5) Spoon into small portions and chill for 2 hours or overnight.

6) Serve within 2 days of preparation.

This lightened up version replaces the heavy cream with non-fat Greek yogurt, and no-calorie stevia in lieu of sugar to slash calories, fat and total carbohydrates.

Nutrition Notes: Traditional chocolate mousse, made with heavy cream and sugar, weighs in at over 300 calories, with more than a third of those calories coming from fat and nearly 30% of calories from sugar (28 grams).

*Disclosure: This recipe is used with permission from the Global Stevia Institute (GSI).  GSI covered the cost for me to attend the conference, write this post and provided the photos.

These gray days have me craving comfort food. 🥘

It’s hard to believe we are half-way through Jan